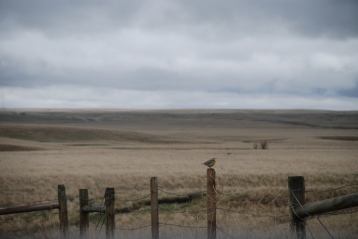 Compassion is integral to the creation of an ethical life; nonetheless, the institution of journalism has worried for more than a century that compassion might somehow provoke the profession’s downfall. And it might—but not because we have ever actually let loose its imagined power to wreak havoc. Quite the contrary. The profession has largely stifled its promise—the potential to strengthen the quest for truth—through a dogged dedication to objectivity.

But journalism, despite itself, is evolving, as is a multidisciplinary theory of empathy, one that contains elements and principles essential to good journalism. In the past few decades, a body of journalists has become the moral compass of an institution deeply in need of one: the press. These individuals reflect in their work an ethic of empathy and a respect for the principle that grounds any democratic system: the life, liberty, and happiness of the many must be protected. A couple years ago David Finkel, Washington Post, skyped with 10 or so students enrolled in a course I was teaching on the relationship between empathy and journalism. At the end of our conversation, Finkel summed up in five words his motivation as a storyteller who uses the narrative form: “The world needs more witnesses,” he said. The students wrote Finkel’s words in their notebooks, as did I. Through his words he evoked a basic truth essential to the evolution of humanity—and therefore journalism: People must diminish the distance that exists between self and other.

Because my students had been studying Finkel’s work, they knew just how closely he had taken himself to soldiers of the 2-16 in Iraq. Aware of those who argue that the narrative form invites subjective bias, Finkel emphasized that reportage must undergird every sentence in a narrative work, that the reader must be able to connect the writer’s interpretation, as well as his or her own, to verifiable facts, strong sourcing, and unfiltered observations. We were moved not only by the power of Finkel’s words but by the tone in Finkel’s voice: an amalgamation of conviction, purpose, and hope. The conviction that drives Finkel—the need to witness, the obligation that one human being ought to feel toward another—drives many writers today. Journalists are and should be humanitarians and storytellers who can, through their work, alleviate suffering and promote change in the world of the 21st century. Journalists must be witnesses, and they must be witnesses that gain understanding of the other through connection.

For information about JBL: http://www.augie.edu/faculty-7

Janet Blank-Libra is a professor of English and Journalism at Augustana College in Sioux Falls, S.D., where she teaches literature courses (fiction and nonfiction), photojournalism, multimedia, ethics and law of the press, a variety of writing courses, and courses specific to the college’s honors curriculum. She has twice received teaching awards and recently finished a three-year appointment as the recipient of an endowed chair that the college calls “The Chair of Moral Values,” a position that allowed her to bring ethical issues to the attention of the community. In 2017 Blank-Libra published Pursuing an Ethic of Empathy in Journalism, a book she believes describes an ethic the best journalists employ naturally. Blank-Libra published in 2004 a chapter—“Choosing Sources: How the Press Perpetuated the Myth of the Single Mother on Welfare”—in Class and News, a book edited by Don Heider. That chapter became the impetus for Pursuing an Ethic of Empathy in Journalism. View all posts by Janet Blank-Libra